This story is part of a series on how we watch stuff—from the emotional tug of Facebook video series to crappy captions on YouTube.

In the language of interface design, the row of TV shows and movies chasing across a streaming service’s home screen—Netflix, Amazon Prime, Crunchyroll, whatever—is called a carousel. I’m not sure whether, in this construction, the bezel of my screen frames one part of a carousel revolving behind it, or whether I, the viewer, am on the carousel, spinning through a world of video programming. Either way, there’s a lot of it.

That carousel is just one level on a wedding cake. You know the drill. Just a few strata down and my screen starts trying to convince me that there’s a difference between “imaginative sci-fi TV” and “time travel TV.” (Sheesh, you watch the BBC miniseries The City and the City and a few episodes of Sapphire and Steel and all of a sudden they think they have you profiled.) Your profile probably varies. My partner’s Netflix screen, it turns out, is full of really good dramedies about middle-aged married couples.

Point is, I spend an inordinate amount of time spinning through the dimensions of various streaming services’ carousels. After 45 minutes or so I usually end up down among the South Korean detective shows and the Middle Eastern supernatural high school dramas, which is cool, but by then it’s time for bed anyway. Now, contrast that experience with what happened to me a couple weeks back when I accidentally stayed up until 1:30 am to watch the end of Silverado on some premium cable channel just because it was on and is wonderful—even though I also already own Silverado on physical media.

A dive into how we watch stuff.

Which got me thinking: Stop the carousel. I want to get off. Sometimes—not all the time, but sometimes—I do not want to frame my own viewing experience. If I wanted to “continue watching” all those shows I tried 20 minutes of and then clicked the hell away from, I would have. What I’d really like, I think, is to press a button and have Netflix or Amazon or CBS All Access just cough up something to watch.

I’m not the first person to think this might be a civilized option. In 2014 a coder named Andrew Sampson created an app called Netflix Roulette that did pretty much what it sounds like—spun the wheel, recommended a show. A would-be social network and search company called Reelgood hoovered up Netflix Roulette; now, on its site, you narrow the window by category, genre, and even quality as determined by reviews. I tried it a couple of times. Reelgood proposed I watch When They See Us, by all accounts brilliant but not exactly the less demanding fare of, say, a fifth-season episode of Star Trek: Deep Space Nine, which I love desperately and which Netflix sometimes patronizes me by claiming it’s “trending.” I spun the Reelgood wheel again and got April and the Extraordinary World, high-quality French-Canadian animated science fiction and, I admit, right up my alley. I added it to the list of movies to watch with the kids, spun the wheel again, and got asked to sign up for membership so Reelgood could search every streaming service to which I subscribe. I declined.

Last spring, Netflix itself tried to make the tube more boobish—not in the HBO sense of the word, but in the old definition of a machine for vegging out, with a shuffle button. It was an experiment, apparently available only on the service’s Android app. According to the Hollywood Reporter, it would blip out a random episode of a popular TV show, so maybe that’s more of a discovery feature than a deactivate-your-brain feature.

So, again, no thanks. Turns out, I don’t want a television slot machine. I actually want a television extruder, a forever-scroll. Maybe there could even be a lot of them, split up by genre, or actor, or theme. It’s not popular in the era of streaming and cord-cutting, but I guess what I’m describing here is a channel. “What’s on ‘intriguing sci-fi,’ I wonder?” I would say to myself (because my partner has her headphones on and is watching her own intriguing sci-fi show).

The Rise of the Online Entrepreneur

Mass Exposure For Anyone That Requires An Online Presence

I’m not pining for the fjords here. This isn’t just an old person’s lament. It’s my slightly desperate attempt to recapture one of television’s key functions. People who grew up consuming screen entertainment in the post-cable age don’t really have a sense of shows being “on” at a specific time, but a whole thread of media theory says that giving a shape to formless time was always television’s main programmatic goal. That’s what the commercials did, as a cultural studies professor named Catherine Johnson wrote, convincingly I think, in 2013. They gave form to television time.

Today, choosing a show on a streamer forces us to organize our own time—or, really, to burn that time scrolling lower and lower, as if Netflix had a “bottom” or an “end.” Why else would we binge something? Binging gives time a shape. So do the autoplay functions on YouTube and Netflix. Do I want to watch the next episode, starting in just five seconds? Well, duh. What else am I gonna do? But a continuous feed of show after show, a thematically decremented flow of televisual paste, would undivide my time back into a simpler act: Watching TV. Consuming culture, whether in a half-remembered rerun, a favorite movie, or something that just looks like it might be good. In the forever war every streaming network must wage to acquire and retain new subscribers, the one that gives me back the raw feed will keep me tuned in for life. It’d be a leap from carousel to revolution.

More Stories on How We Watch Stuff

We hate SPAM and promise to keep your email address safe 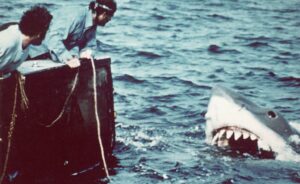